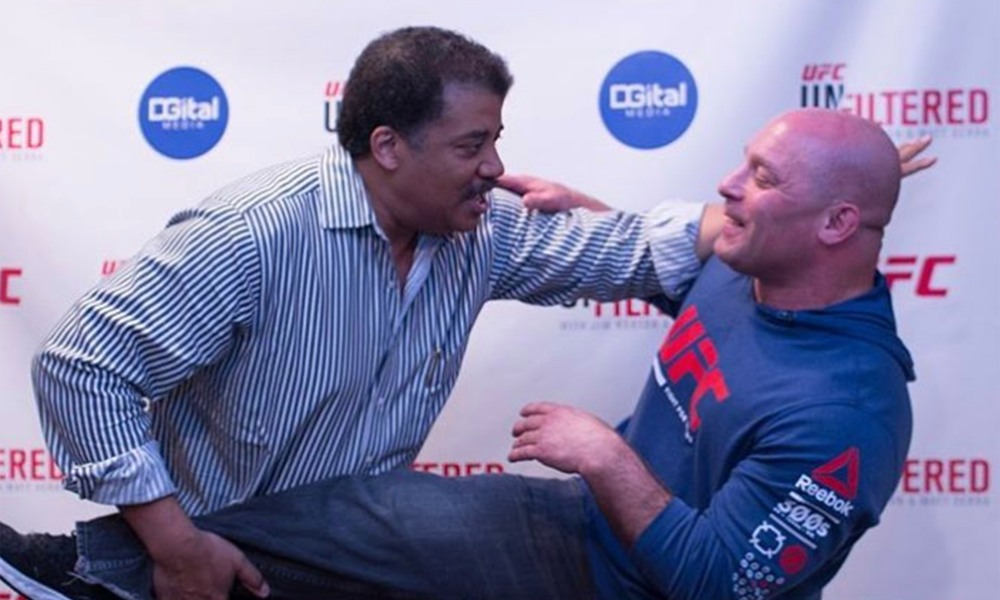 It’s hard to imagine Neil deGrasse Tyson as a wrestler. The world-renowned astrophysicist and host of “Cosmos: A Spacetime Odyssey” was once a wrestler at Harvard University. In a new interview with The New York Times, Tyson reveals that he started out as a wrestler in college and only got into astrophysics because he needed to fulfill his science requirements.

“I wrestled in college, and I was good enough to make the varsity team,” Tyson said. “But I had no intention of being a wrestler. It was only because I needed to fulfill my science requirements that I wound up on the wrestling team.”

Tyson said he originally wanted to study engineering, but his adviser at the time told him that he should take science courses instead. After taking a few astronomy classes, Tyson fell in love with it and decided to pursue a career in astrophysics.

“I found out I was very good at it,” Tyson said of his decision to switch majors, adding later: “It’s not just about getting into the field. You have to be good at it, too.”

Tyson’s passion for astrophysics is evident in his work on “Cosmos: A Spacetime Odyssey.” The show has been praised by critics for its ability to make complex scientific concepts accessible to a wide audience.

If you’re a fan of Neil deGrasse Tyson, you might be interested in his MasterClass “Scientific Thinking and Communication”. In which, he teaches you how his mind works and how he connects with audiences. We’ve also written a review of Tyson’s MasterClass course for you to check out.